It was a case of lucky 13 for Chris Adcock whose 13 English National Junior titles ensured he is the most successful junior in English badminton history.

As a senior, Chris made his Thomas Cup debut in Holland in 2008 and then secured team bronze medals in the 2010 European Championships and the 2010 Commonwealth Games.

The following year saw him team up with mixed doubles partner Imogen Bankier and they reached the final of the BWF World Championships in London. Chris also competes in the men’s doubles with Andrew Ellis.

Chris is now pairing with his wife Gabrielle and achieved their first Superseries title at YONEX-SUNRISE Hong Kong Open 2013. 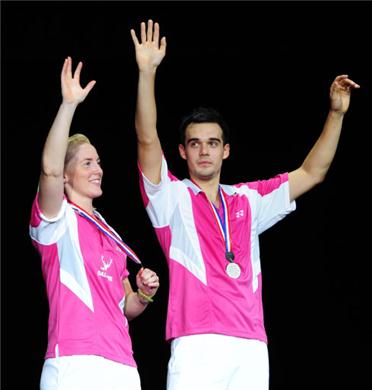